Our 91 Day Stay in Savannah, Georgia

Since the end of World War II and the liberation of Korea from the Japanese occupation, the USA has maintained a steady presence in the southern half of the peninsula. Perhaps it comes as no surprise, then, that South Korea has inherited many aspects of American culture, from the world of pop music to its dynamic sporting scene. During our short time here, I’ve found myself amazed by the similarities between my homeland and our temporary host. And to be brutally honest, a lot of the greatest things about America seem to even better in South Korea… 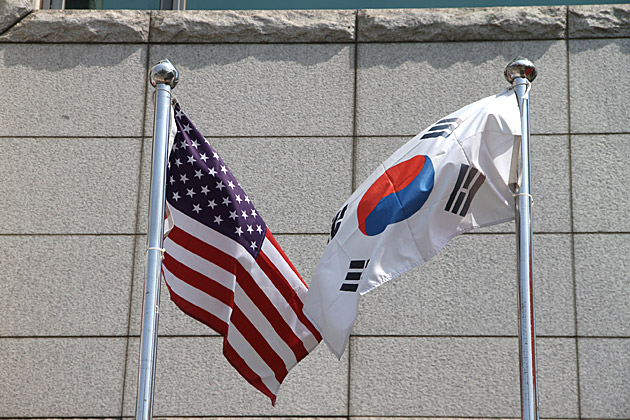 I love baseball. Honestly, I didn’t know how much I loved baseball until I had lived in Europe for a few years. Sure, football is America’s biggest sport, and basketball might be the most popular export, but for some reason it was baseball that I found myself missing. Nothing beats going to a jam-packed stadium with a bunch of friends and watching the Red Sox demolish the Yankees.

But, it turns out there is something better: going to a stadium in Korea. We’ve written in depth about our experience at Busan’s Lotte Giants, but suffice to say that attending a baseball game in Korea is awesome. Tickets are cheap. Beer is cheap. The stands are packed. Everyone’s watching the game, when they’re not shoveling pizza into their mouths or doing a slow-motion wave. You can bring food and beer into the stadium with you. We had a blast. Have you ever seen a slow-motion wave? It’s amazing. Red Sox fans would never be capable of that! 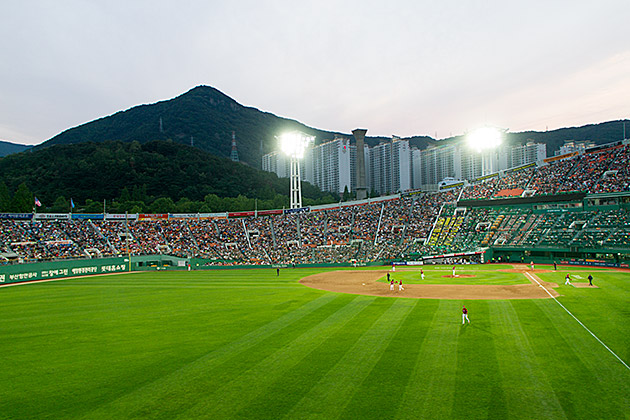 I grew up with the music of bands like N*Sync and The Backstreet Boys tainting the musical landscape with their bland pop and squeaky-clean visages. But while “boy bands” have fairly faded back home, they’ve only gained in popularity in Korea. The airwaves here are dominated by a parade of boy- and girl-groups, who… and this is the truly amazing thing… don’t completely suck! The music is catchy, the outfits are ridiculous, the dances are tight, and the kids are genuinely talented. Just try and watch BIGBANG’s Fantastic Baby without bopping your head… or developing a crush on one of them (but stay away from Seungri, he’s mine).

We have the Black Eyed Peas, Korea has Girls Generation. Advantage: Korea. 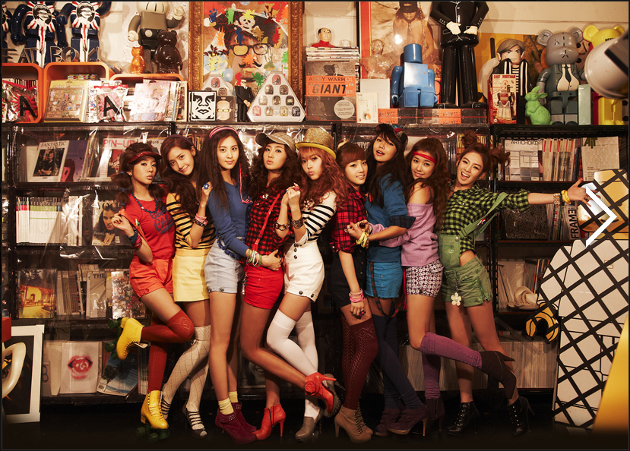 Girls Generation: A lot sexier than LMFAO, and they know it
Coffee Culture

It’s totally wrong, and possibly sacrilegious, to claim that “coffee culture” was “born in the USA”. And it’s not what I mean. Obviously, Italy (for one) has a much more authentic and agreeable sort of café cult. Americans don’t do espresso and, when we try, we dependably screw it up. But we have Starbucks — and that’s the kind of manufactured scene I’m talking about, with its cozy furniture, delicious muffins and light jazz-pop. We invented that and we like it, so screw you know-it-all coffee purists.

But Korea has improved on our formula, yet again. Here, you’ll find Starbucks, but also plenty of other cafes that are basically clones but even more cozy, playing cooler jazz-pop and serving yummier muffins. You can’t go half a block without seeing an Angelinus Coffee, a BeansBins, a Mr. Coffee, a Doctor Coffee, a Coffee Duomo, and on and on and on. For those of us who depend on coffee shops as erstwhile offices, the selection is exhilarating.

During the three years that I was living in Germany and working remotely for a US software firm, my friends delighted in mocking me. “Only two weeks of vacation?” they’d scoff. “We get six! Starting!” It’s true. We Americans work a lot more than Europeans — and especially more so than Germans. But it was an odd point of pride for me. “Yeah, it’s cause I’m tougher”.

But we don’t hold a candle to the Koreans. These guys work like maniacs. The average South Korean puts in more hours than anyone else on the planet. It’s a sickening productivity that has brought the country from a war-torn backwater to one of the most dynamic economies in the world. For the poor, sleep-deprived corporate cog, I don’t know if you can really classify this as an “improvement” on the American standard, but it’s just one more thing which we can do, but they can do better.

I’m sure there are a lot of other aspects of American culture which have been perfected in Korea. Near our apartment, there was a bowling alley. I was almost nervous to step inside. Surely, it wouldn’t be like back home, where the pin-clearing device always gets stuck, the dirty shoes never fit, and the stupid automatic scoring system ignores your strikes. No, I’m certain that I would have been suitably embarrassed and impressed by the futuristic Ultimate Bowling Experience of Korea.