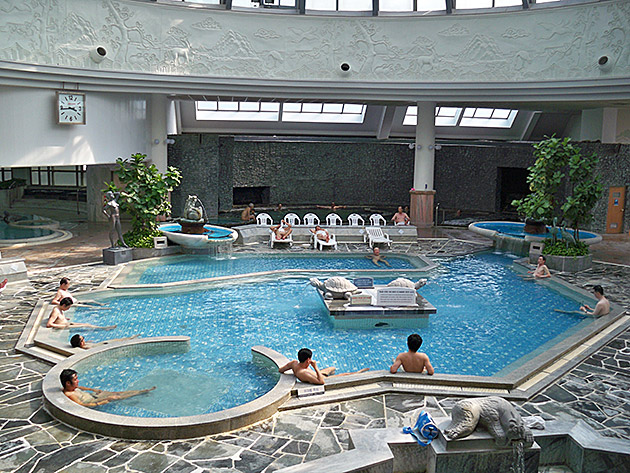 Find A Spa Near You

For our second Korean jimjilbang experience, we decided to go big. The Heomsimcheong Spa in the neighborhood of Oncheon claims to be the largest spa fed by a natural hot spring in Asia. The popular complex, which also bills itself the Grand Hot Spring, includes a full hotel, an excellent brewery on the bottom floor and of course, a full array of baths and saunas.

Later this week, I’ll be taking advantage of South Korea’s incredible medical tourism and having my eyes Lasik-ed. I only mention it because, throughout my life, I’ve encountered a mere handful of occasions where terrible vision has been a gift, rather than a curse. For example: bright lights look like glowing orbs of color, which can turn an evening cityscape or a Christmas tree into something abstract and beautiful. And people really are less likely to hit the guy wearing glasses.

But in the Heosimcheong Spa, I discovered another benefit of bad eyes. Without my contacts in or glasses on, the naked human body disappears into a single flesh-colored blur. I can see the human-sized shape, but no details… and the horrors of jimjilbangs are all in the details.

Heosimcheong cost ₩8000 ($7.20) to enter, worth the price just for the bathing area, which is in a giant salon capped by an opaque dome. Under the soft natural light, we cooked ourselves in hot tubs, gasped for oxygen in steam saunas, sprang in and out of freezing ice baths, and sat underneath heavy waterfall streams that pounded our necks and shoulders. It was crowded, but the other people didn’t bug me much — this time, I was almost blind, and couldn’t tell if they were staring at me.

After paying an extra ₩2000 apiece for funky pajamas that M.C. Hammer would have been proud of (and possibly designed), we entered the mixed-gender jimjilbang area, with relaxation and steam rooms. It was kind of a disappointment, with just a couple separate rooms and a very active, hyper population of kids running around. There was an igloo-shaped ice room, and a yellow steam room… nicely done, but there wasn’t much variety. After a nap and a facial mask, which was provided for free, we were done.

Well, we weren’t quite done. On the bottom floor of the complex is a gigantic brewery, serving German-inspired beers. At night, this is apparently a Busan hot-spot, with a Bulgarian band that sings in a variety of languages while intoxicated Koreans get down and dirty on the dance floor. Sadly, we missed this, but the beer was excellent.

Location on our Busan Map
–Find us on Facebook 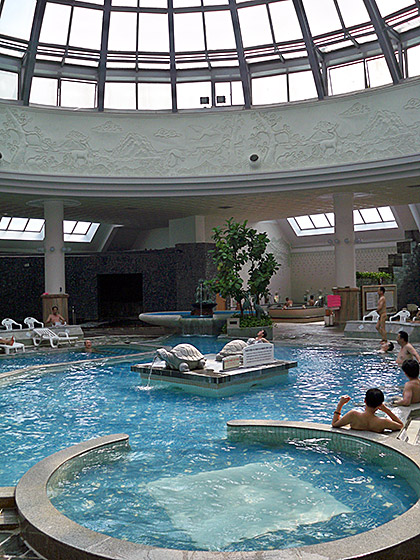 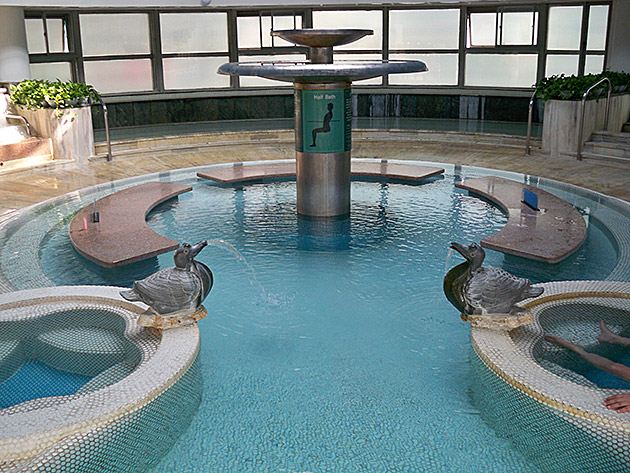 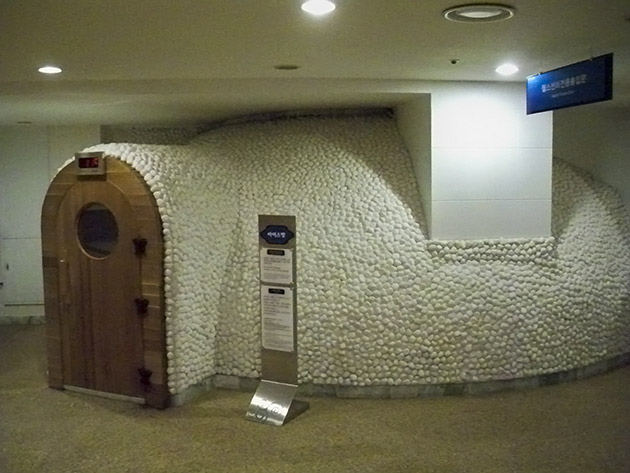 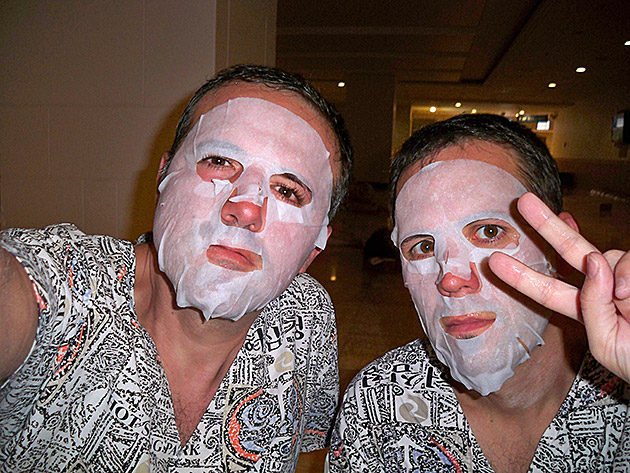 Relaxing in Busan and Other Pics 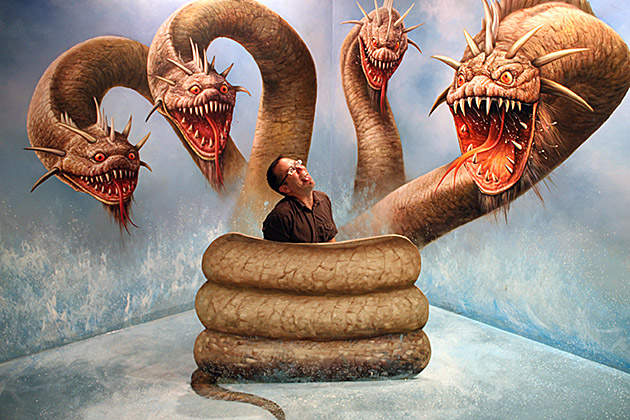 July 15, 2012
Oncheon's Heosimcheong - The Largest Spa in Asia For our second Korean jimjilbang experience, we decided to go big. The Heomsimcheong Spa in the neighborhood of Oncheon claims to be the largest spa fed by a natural hot spring in Asia. The popular complex, which also bills itself the Grand Hot Spring, includes a full hotel, an excellent brewery on the bottom floor and of course, a full array of baths and saunas.
Michael Powell
For 91 Days