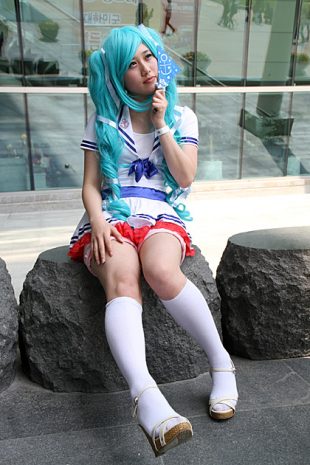 Manga is a Japanese phenomenon, but comics and animated TV shows are also big business in Korea, where they’re known as manhwa. During our first weekend in Busan, a manhwa festival called Comic World was being held at the BEXCO convention hall. Wild Korean youth dressed in freaky cosplay? No way we were missing that.